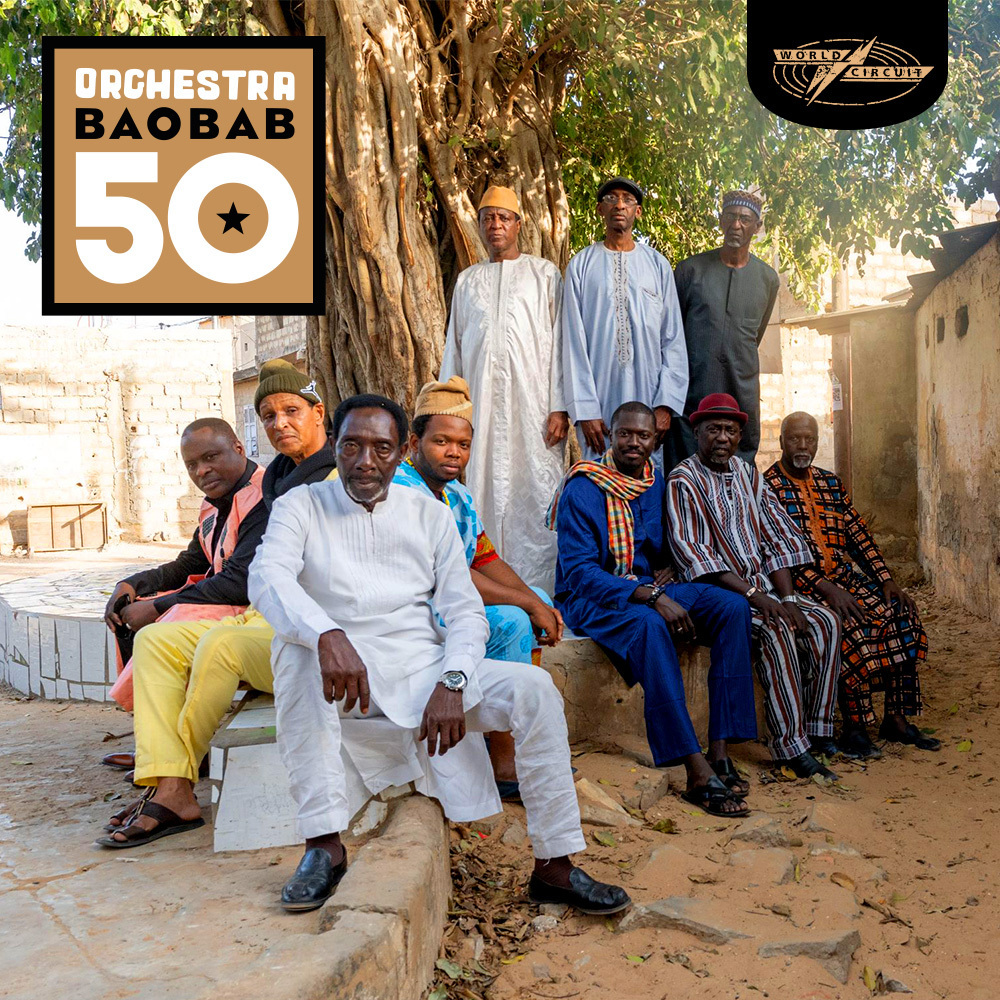 2020 marks the 50th anniversary of Orchestra Baobab, one of Africa’s greatest bands. Adored both at home in Senegal and across the world, Baobab occupy a special place in the history of African music. Their epic story begins in the heart of Dakar’s Medina in the 1960s and extends across the world and into the 21st century, featuring a brilliant assembly of diverse musical personalities and encompassing a unique blend of Afro-Latin styles, international pop, West African griot music, and an after-dark West African nightclub ambience of lilting, mellifluous rhythms.

To celebrate this remarkable milestone, the band has released their landmark 2002 reunion album 'Specialist In All Styles' for the first time ever on vinyl. Click below to buy.

ORDER / STREAM NOW Listen to the Best of Baobab

Orchestra Baobab are very sad to announce that Rudy Gomis, one of the original founding members of the band, passed away on Wednesday April 27th at the age of 75.

The band issued the following statement:

"We are shocked and sad as we write these words about our late big brother Rudolphe Clément Gomis. He had long fought and resisted his illness while being dignified and humble without any sign of weakness, and he had never stopped helping and giving advice to the younger musicians and singers of our group. A baobab has just fallen, but we will soldier on so that the torch continues to burn."

Rest in Peace our dear friend Barthélémy Attisso, legendary maestro of African guitar, lawyer and co-founder of Orchestra Baobab. Barthélémy sadly passed away on 29th August, aged 76, at his home in Togo. Our thoughts are with his family and friends. Read Attisso's full obituary, written by John Armstrong, below.

Orchestra Baobab are reeling from the loss of one of their founder members. The singer and timbales player Balla Sidibé, whose resonant, expressive voice was one of the most emblematic features of this veteran orchestra passed away in Dakar, Senegal on July 29, aged 78. Only the day before, Balla had been in fine form, rehearsing new material with the band, in preparation for their 50th anniversary. (Plans for this event have been postponed because of COVID to 2021, when Baobab will begin touring the anniversary concerts hopefully in February or March).

Balla wrote or arranged some of Baobab's biggest hits, including On Verra Ça, Sutukum, and most recently Fayinkunko, pieces drawn from the Mandinka griot traditions of his native Casamance in southern Senegal. But he was much more than justa lead singer. His pure tenor vocals and deep groove on timbales were the glue that held together Baobab's prodigiously talented musicians, who came from diverse cultural backgrounds in Senegal and beyond.

2020 marks the 50th anniversary of Orchestra Baobab. Adored both at home in Senegal and across the world, Baobab occupy a special place in the history of African music. Their epic story begins in the heart of Dakar’s Medina in the 1960s and extends across the world and into the 21st century, featuring a brilliant assembly of diverse musical personalities and encompassing a unique blend of Afro-Latin styles, international pop, West African griot music, and an after-dark West African nightclub ambience of lilting, mellifluous rhythms.

To celebrate this remarkable milestone, the band has announced the issue of their landmark 2002 reunion album 'Specialist In All Styles' for the first time ever on vinyl, on September 25th. 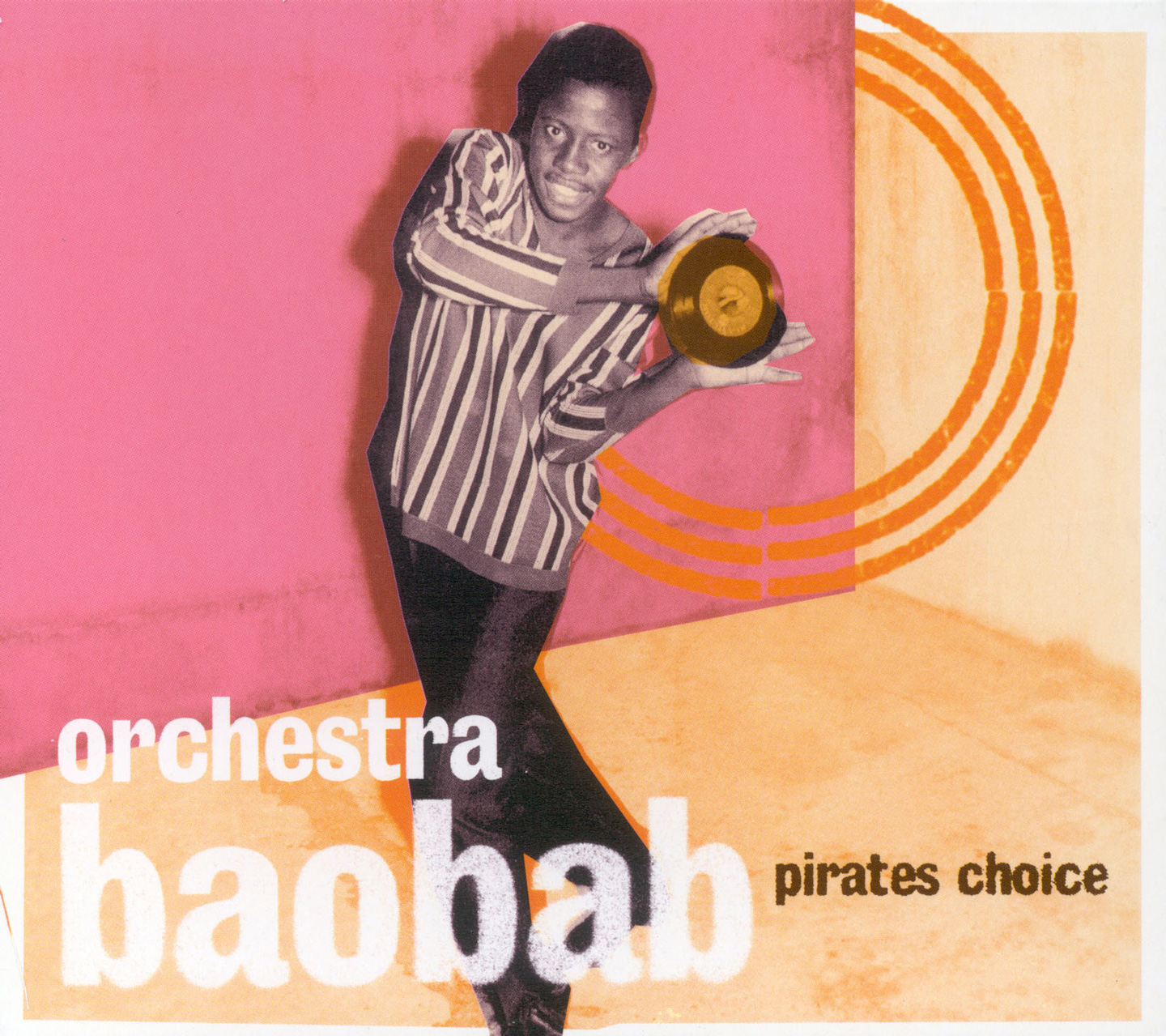 The all times classic album of African music from 1982. Orchestra Baobab are masters of the African/Afro-Cuban fusion that dominated Senegal's music scene in the Seventies. A fluid mixture of mellifluous guitar and delicious vocals, "Pirate's Choice" was recorded in 1982 shortly before they disbanded, and released worldwide for the time by World Circuit in 1989. Repackaged with an extra CD of previously unreleased material, the re-release of this essential record in 2001 prompted a full-scale reunion of the band. 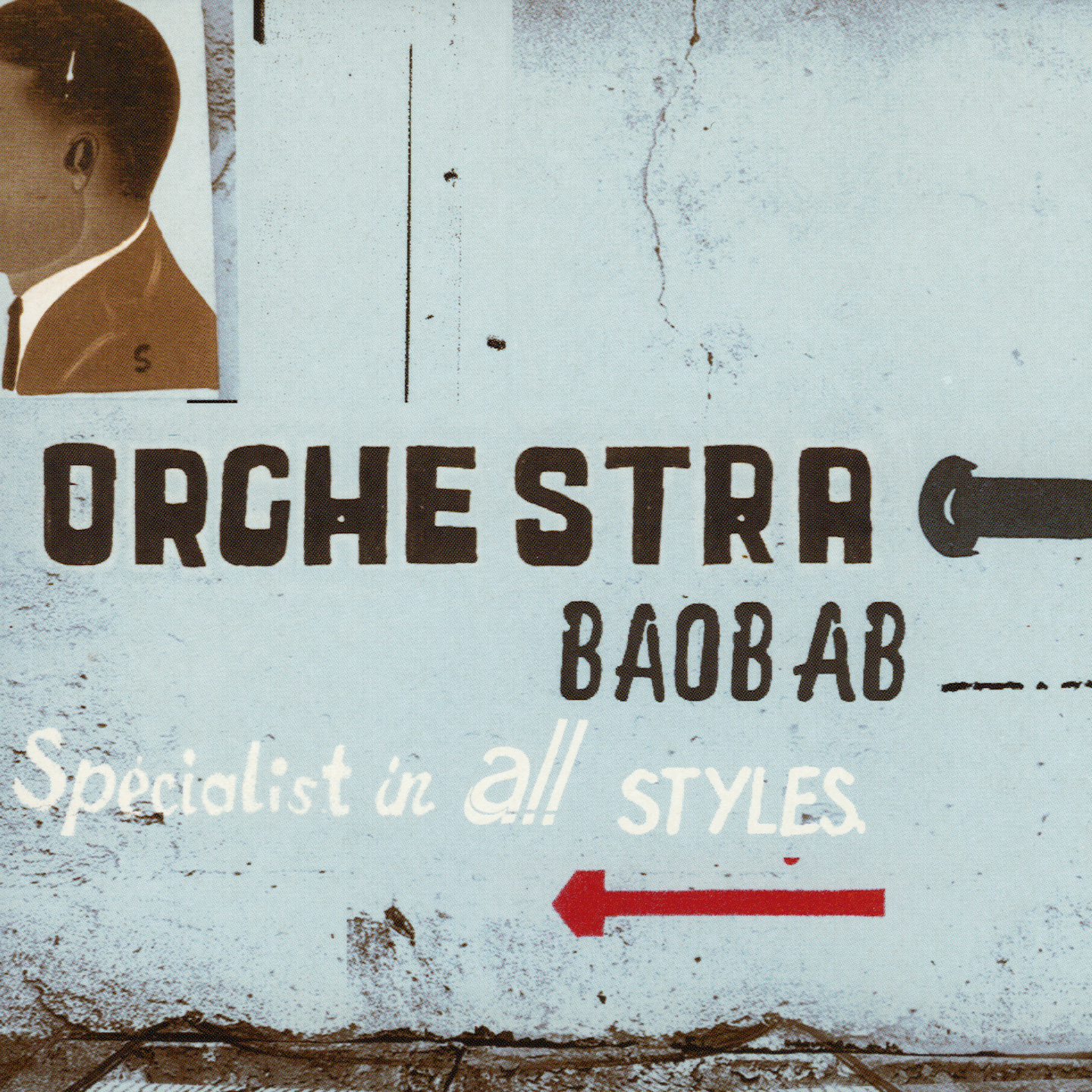 Specialist In All Styles

Revitalised by their spectacular 2001 comeback and a highly successful world tour, Senegal's legendary Orchestra Baobab release their first new recordings together for nearly twenty years. Produced by Youssou N'Dour with World Circuit's Nick Gold, 'Specialist In All Styles' is driven by an infallible groove, standout vocal performances and - in Barthelemy Attisso - one of Africa's best guitarists. Featuring guest contributions from Cuban superstar Ibrahim Ferrer and N'Dour himself, the album is infused with an infectious sense of enjoyment and a wealth of experience summarised best by its title. 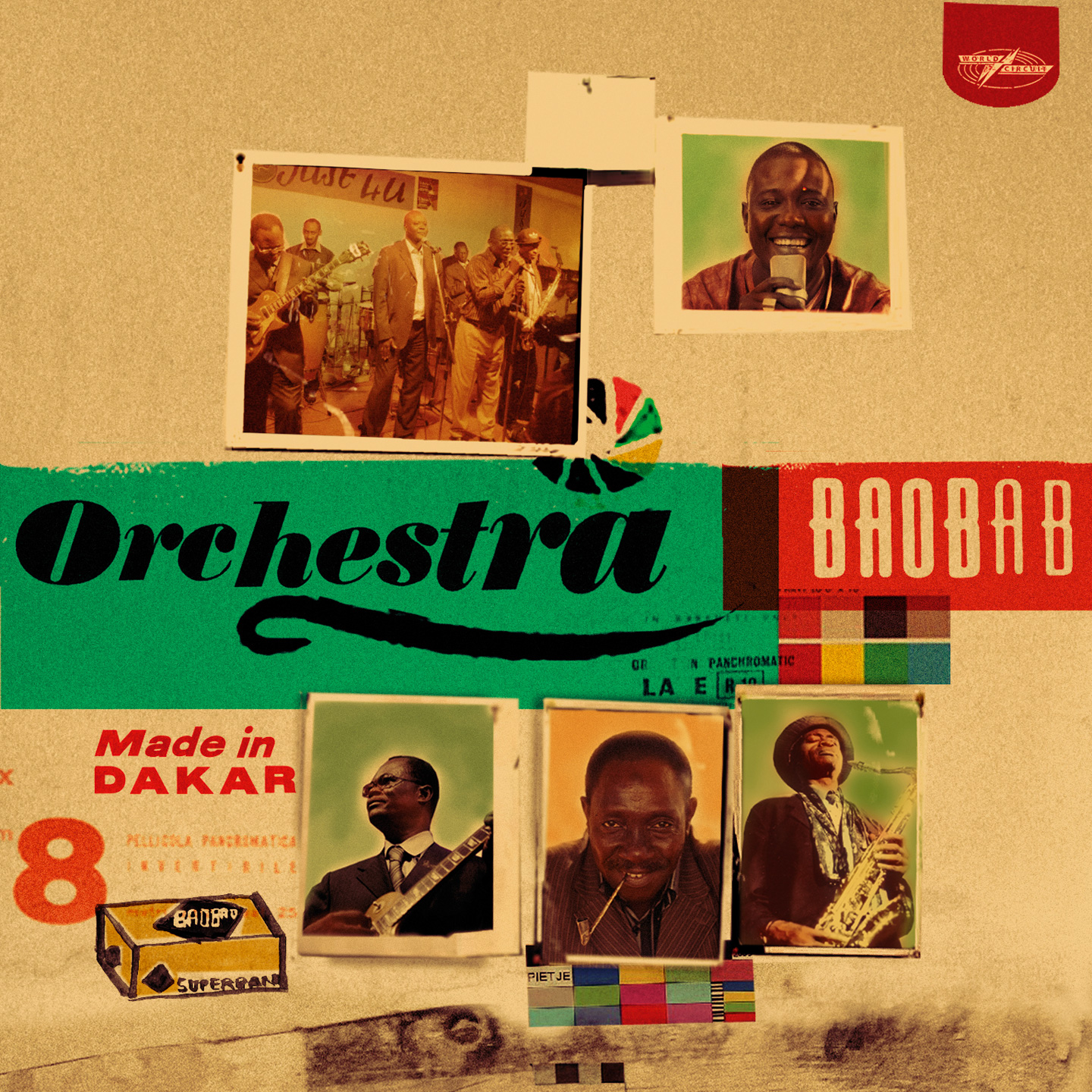 Five years on from the GRAMMY nominated 'Specialist in All Styles', Orchestra Baobab returned with 'Made in Dakar', an album that celebrates their roots in one of the world's  most explosive musical cities - which updates their classic mellow sound with a new edge and a new energy for new times.  Beautifully recorded in Dakar's Xippi studios, 'Made in Dakar' builds on Baobab's renewed activity on their home turf, where they undertook their first Dakar club residency in nearly 20 years with hugely successful Saturday night sessions at the Just 4 U club. Combining the gritty lo-fi feel of their early recordings with dynamic new arrangements, this is an album that could only have been Made in Dakar. 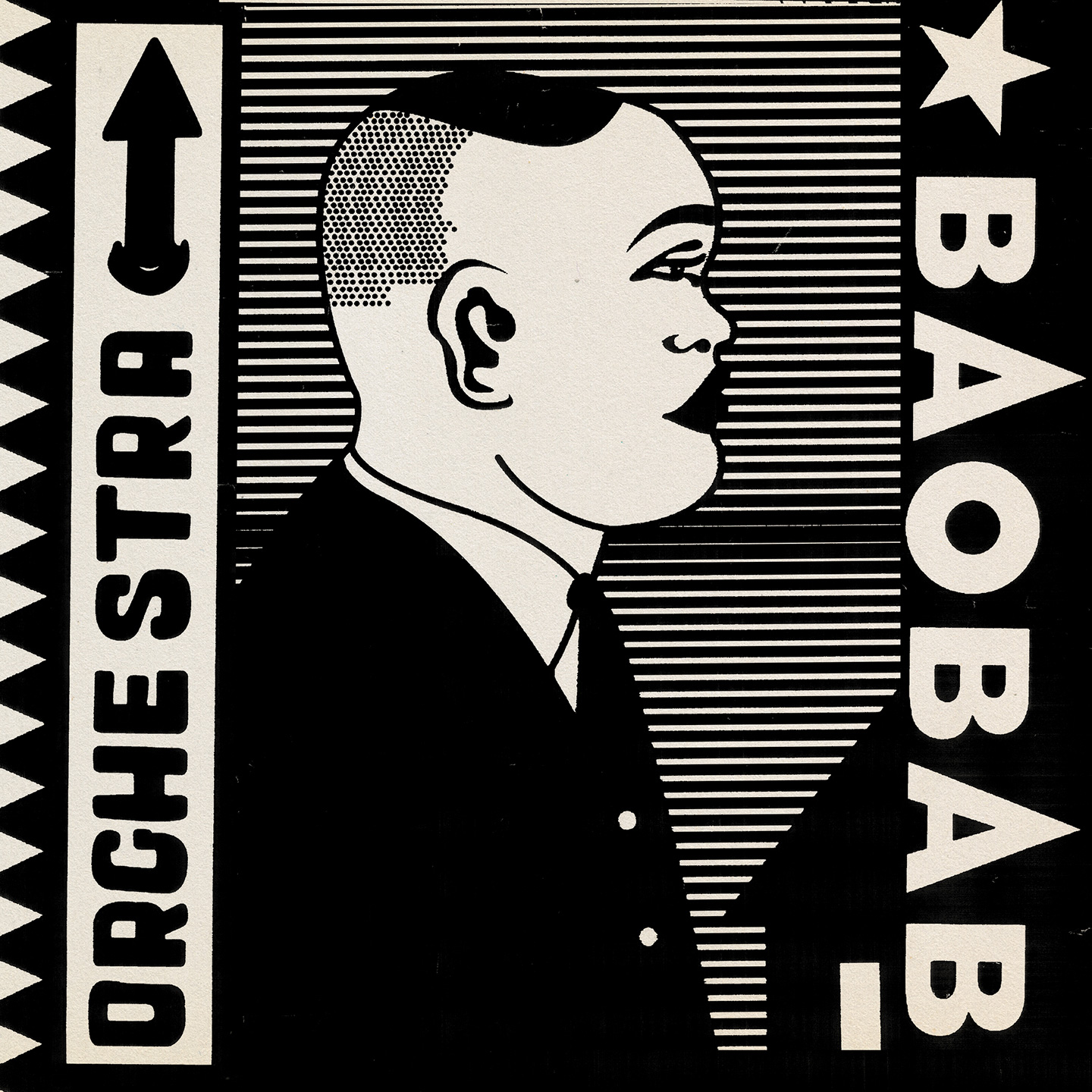 A decade on from their last album and almost half a century since their formation, Senegal’s Orchestra Baobab return with a timeless set of classic, swaying tunes fusing Afro-Cuban rhythms and African tradition in the group’s trademark style.

Recorded locally in Moussa X’s Dakar studio, the new recordings sound fresh and yet reassuringly familiar, retaining the ripeness of the sound that made Orchestra Baobab a legend but interpreted with a vigour and vibrancy, and with a few twists, that are vital and captivating.

As enduring as the mighty African Baobab tree from which the group derives its name, the veteran core of the band remains as strong and sturdy as ever. Vocalists Balla Sidibe and Rudy Gomis, saxophonists Issa Cissoko and Thierno Koite and the long-serving, rock steady rhythm section of Balla Sidibe, timbales, Charlie Ndiaye bass and Mountaga Koite on congas.